Since it is the time to re-elect the MBE Executive Committee members, the election was held on 23 August 2015 at Sein Lan So Pyay Restaurant. Among 78 members, 55 members voted for 17 new EC members and the result was announced. The election result will be affected after Annual General Meeting which is scheduled to be held on September 2015. The selected new EC committee members and their duties are 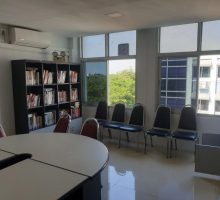